The Single Reason Why Technical People Suck at PowerPoint

You’ve probably been in a situation where someone was giving a presentation about something ... 'technical.'

And I’m willing to bet money that the presenter was either a scientist, engineer, project manager, or some other technical wizard.

I’m also willing to bet money that this same presenter we are talking about presented something like this: 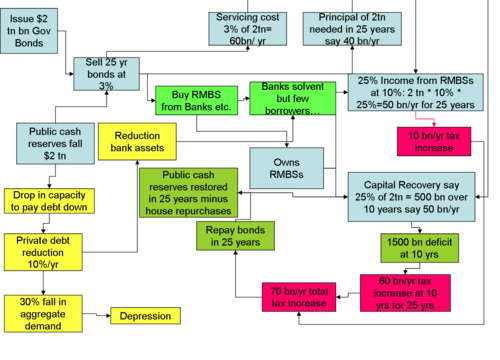 And when you took a look at those slides, you ended up looking like this:

It’s not like these technical people are stupid – on the contrary, in most cases these guys are extremely smart people.

So then, what on earth is going on?

I mean love in an obsessive “I WANT TO KNOW EVERYTHING ABOUT YOU” kind of way.

The issue comes down to technical folks wanting to be as thorough as humanly possible. This sort of approach ensures, with absolute certainty, that they can prove that the message they are trying to communicate to the audience is 'correct.'

In other words, technical people want to prove a hypothesis and figure the best way to do that is to include as much data as possible into their PowerPoint presentations.

So, you have a technical person, lots of data, and limited resources (i.e. time, space on a slide, etc.) to communicate a message.

What are you left with?

Complicated slides that nobody understands or even wants to understand.

Because the poorly designed technical slides make the audience do extra work.

Let's be clear on this: A presenter is in no position to force the audience to do extra work. Instead, the presenter's sole responsibility is design a message that is simple enough to understand.

I’ve already discussed why simplicity is key when it comes to making your own PowerPoint slides. This is a principle that every presenter or presentation designer should follow without question, and people with technical capacities are no exception to the rule.

"But Yoyo," I can already hear you asking. "Are you saying to leave out technical data completely?"

What I am saying is to find ways to simplify a complex message. For me, this usually means to stick to the big ideas only and to focus on the data that matters rather than the data that might matter.

But What About The Extra Stuff?

What are technical presenters supposed to do with the rest of the data?

Well, some presenters like to use handouts with the extra data so that the audience can refer to them when needed.

Personally, I find handouts a bit distracting and not environmentally friendly. So I tend to go with a set of appendix slides instead.

What I do is usually make a section slide  entitled “Appendix” and stick all of the data I might need in there. This way, if an audience member asks for something in specific in relation to the data, I can go to the slides in the appendix section and discuss them in detail.

Just keep in mind the appendix is something you refer to, not actually present.

Just keep it simple. Add an appendix slide, or better yet, remove the extras entirely!